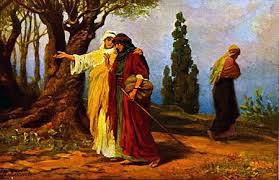 Have been meditating on the Book of Ruth, which is a amazing story of love, obedience, commitment and dedication, trials, deliverance and freedom. Ruth (Naomi's daughter-in-law) and Naomi, both had lost their husbands and were of different age groups, different culture and backgrounds but shared a beautiful relationship. 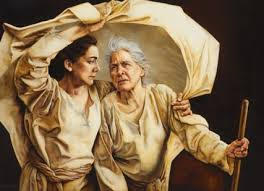 ​Ruth 1:1 In the days when the judges ruled, there was a famine in the land. So a man from Bethlehem in Judah, together with his wife and two sons, went to live for a while in the country of Moab. 2 The man’s name was Elimelek, his wife’s name was Naomi, and the names of his two sons were Mahlon and Kilion. They were Ephrathites from Bethlehem, Judah. And they went to Moab and lived there.
3 Now Elimelek, Naomi’s husband, died, and she was left with her two sons. 4 They married Moabite women, one named Orpah and the other Ruth. After they had lived there about ten years, 5 both Mahlon and Kilion also died, and Naomi was left without her two sons and her husband.
Ruth was a Moabite but came to know the Living God through the life of Naomi.
After Naomi lost her husband and her two sons, she told her daughters-in-law Orpah and Ruth to return to their mother's home, as she decided to go back to Bethlehem. At this they wept aloud again. Then Orpah kissed her mother-in-law goodbye, but Ruth clung to her. (Ruth 1:14)
Ruth said, (Ruth 1: 16-17)“Don't urge me to leave you or to turn back from you. Where you go I will go, and where you stay I will stay. Your people will be my people and your God my God. Where you die I will die, and there I will be buried. May the Lord deal with me, be it ever so severely, if even death separates you and me.”
Ruth was a woman of inner strength, she worked hard by gathering in the fields and supported herself and Naomi.
Naomi helped arrange Ruth's marriage with Boaz. And even when Naomi sent Ruth to lie at Boaz's feet, Ruth followed her advice without questioning her, though what she said was a Israelite custom, she was not familiar with.
(Ruth 3: 3 Wash, put on perfume, and get dressed in your best clothes. Then go down to the threshing floor, but don’t let him know you are there until he has finished eating and drinking. 4 When he lies down, note the place where he is lying. Then go and uncover his feet and lie down. He will tell you what to do.”
5 “I will do whatever you say,” Ruth answered.)
Then Boaz fights all odds to marry Ruth.
Ruth 4: 13 "So Boaz took Ruth, and she was his wife: and when he went in unto her, the Lord gave her conception, and she bare a son.14 And the women said unto Naomi, Blessed be the Lord, which hath not left thee this day without a kinsman, that his name may be famous in Israel.15 And he shall be unto thee a restorer of thy life, and a nourisher of thine old age: for thy daughter in law, which loveth thee, which is better to thee than seven sons, hath born him. 16 And Naomi took the child, and laid it in her bosom, and became nurse unto it. 17 And the women her neighbours gave it a name, saying, There is a son born to Naomi; and they called his name Obed: he is the father of Jesse, the father of David."
​
Even after her marriage Ruth still was a daughter-in-law, and the same that she always was, to Naomi and her love for her mother-in-law was known all throughout the town. They say of Ruth that she loved Naomi, and therefore was better to her than seven sons (Ruth 4:15).
In an age where mother-in-law and daughter-in-law can not see eye to eye, Ruth and Naomi set a beautiful example by sharing a beautiful relationship.
Naomi also found great joy to be a nurse to her grandson Obed.
Because of Ruth's faithfulness she was the great-grandmother of King David, was one of the five women listed in the genealogy of Christ along with Tamar, Rahab, Bathsheba, and Mary.
So much to learn from Boaz too. He was a man of integrity, true to his words, kind to others, a successful businessman, sensitive to the needs of his employees.
May we learn valuable lessons from these Biblical personalities and may God restore relationships that the enemy has messed up on earth! 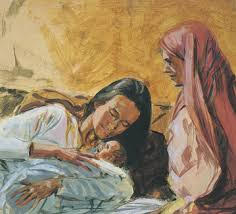 Posted by Juliyana Leslie at 11:32 AM 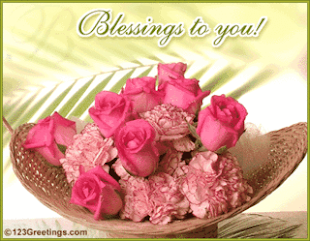 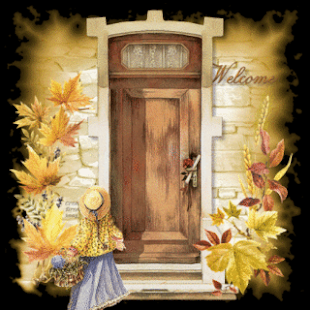 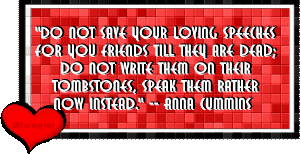 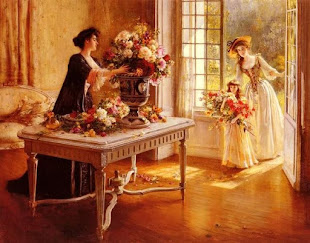 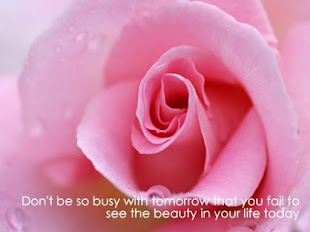 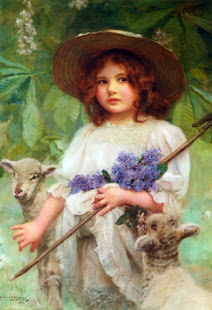 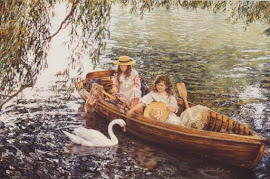 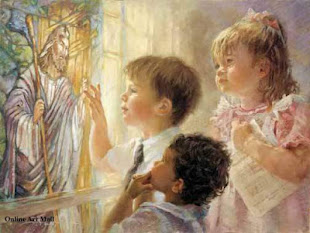 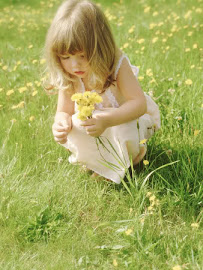 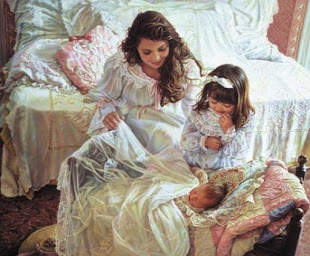